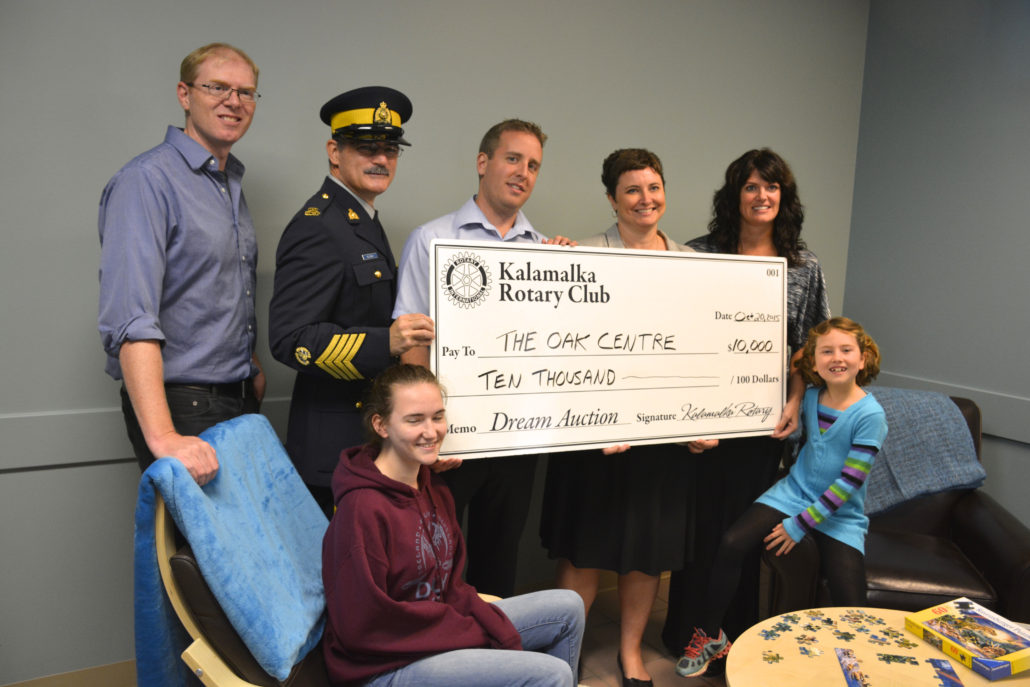 Thank you Kalamalka Rotary Club for donating $10,000 to Oak Child and Youth Advocacy Centre. We could not have got up and running without your support! 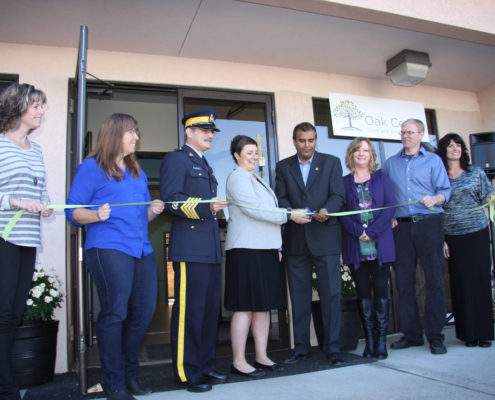 VERNON – A new advocacy centre for children and youth that have experienced trauma is opening in Vernon and it is the first of its kind in the Okanagan. The Oak Child and Youth Advocacy Centre, that has been in the works for more than five years, officially opened its doors on Tuesday.

The project is a partnership between six organizations and is being headed up by the Vernon Women’s Transition House Society. The centre will help kids who have experienced trauma, including those who need to be interviewed by investigators.

“For children and youth that have experienced abuse or sexual assault [or] maybe witnessed a crime such as domestic violence, they will no longer have to go to the RCMP detachment to be interviewed. They will be able to come to Oak Centre, meet with a police officer and a social worker and tell their story,” says Brooke McLardy, the acting executive director of Vernon Women’s Transition House Society.

The aim is to consolidate the interview process so kids only have to be interviewed once. In a typical case, a plain clothes RCMP officer would interview the child in one room while social workers monitor the interview from next door. That way both police and child welfare officials get the answers they need without the child being interviewed twice.

“What we found in the system that we have currently is that it is very fragmented, kids are having to run all over town to tell their story and they are telling it multiple times which is very difficult for them,” says McLardy.

The opening is particularly meaningful for one Centre volunteer.

“[I’m] very excited it has been a long time coming and it is a great thing for our community,” says Krista Blankley. “It strikes close to home for me. I’ve gone through some similar situations. For me it means a lot because it is taking what use to be such a chopped up thing and putting it all together.”

The Centre expects to serve more than 250 kids each year who have experienced trauma. Some will only be seeking support, while others will use the Centre when they are interviewed for criminal cases. 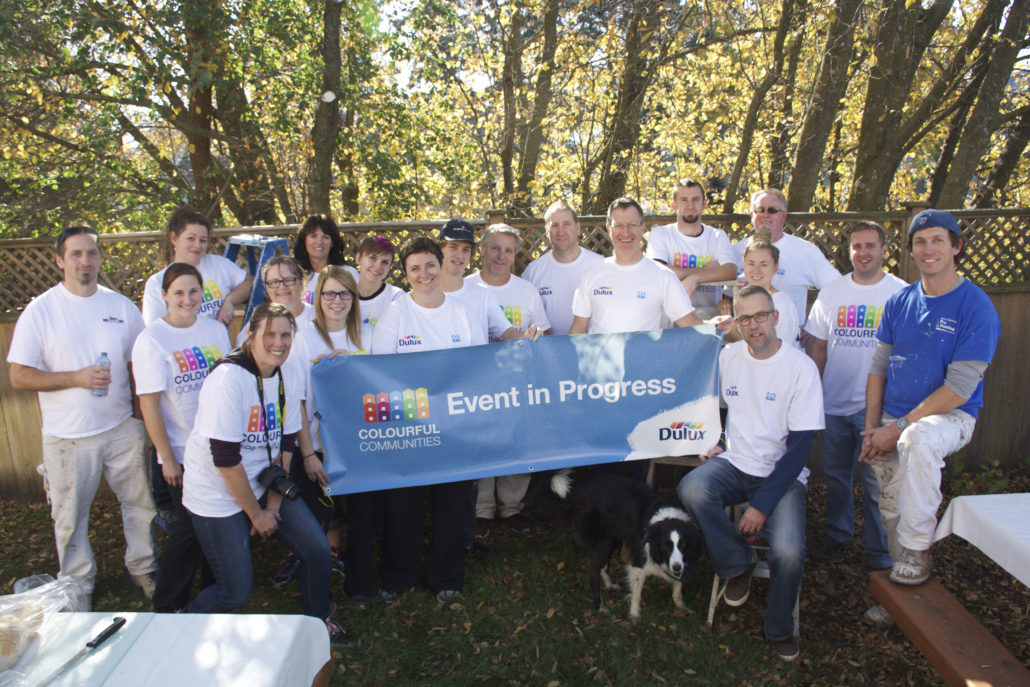 Oak Child and Youth Advocacy Centre, as well as the community programs of the Vernon Women’s Transition House Society, got a fresh coat of paint thanks to Dulux Paints, local painting contractors, and community volunteers. This incredible team effort got Oak Centre off to a great start as we prepared to open our doors to the children and youth of the North Okanagan. Thank you to Dulux Paints for the incredible donation of paint and supplies, and thanks to everyone who was able to lend a hand (or paw) that day.

Key services for children will have a new home.

“A Child and Youth Advocacy Centre is a central location where children who have been abused, sexually assaulted or witnessed a crime such as domestic violence can go to report their abuse,” said Brooke McLardy, Transition House Acting Executive Director.

“Police and child welfare workers provide team interviews so that children and youth only have to be interviewed once, reducing the amount of systemic trauma they experience. Being in a comfortable environment with supportive staff allows the child to make fuller disclosures of what has happened to them. This leads to better judicial and child protection outcomes as well as better long-term social, emotional, psychological and health outcomes for the child.”

Renovations on the site are underway and a Grand Opening is planned for the week of October 20th.

“The project requires volunteers to get the site ready and donations of specific items or cash are also welcome and appreciated,” said McLardy.